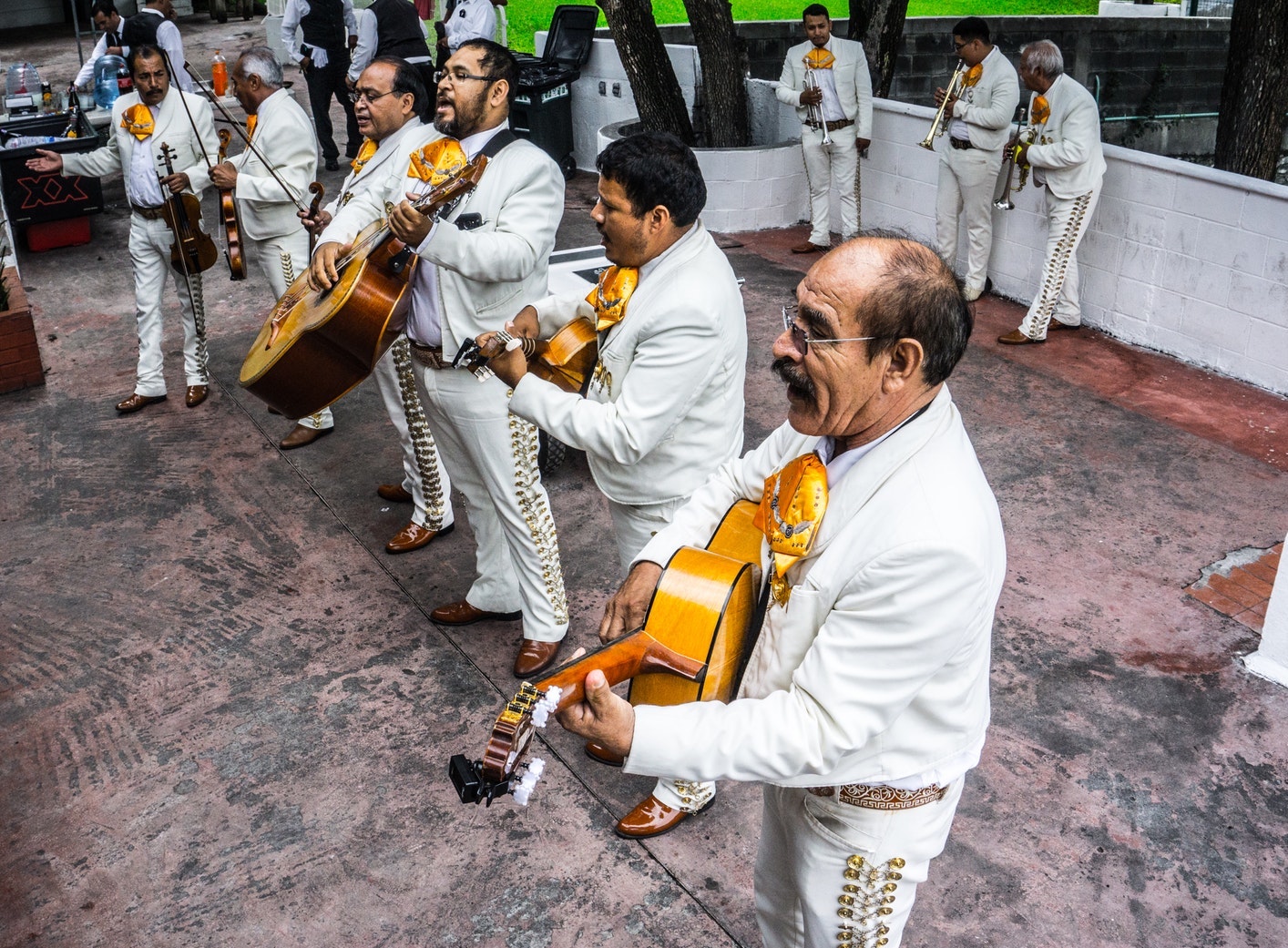 La Bamba and Other Sounds from Mexico

If Americans know any Mexican songs, it is most often “La Bamba” with which they are familiar. Whenever I wanted to teach a song to my college Spanish students, even though I needed to help them learn correct pronunciation of the lyrics, I never had to teach them the melody. Americans heard “La Bamba” for the first time in the 1958 single by Richie Valens (Valenzuela), a Mexican-American singer who was proud of his heritage. However, according to one source,  he did not speak Spanish and learned the lyrics phonetically from a relative. 30 years later, another generation would discover the song in the film about the life of  Richie Valens, and the new, hit recording by the East Los Angeles group, Los Lobos.

“La Bamba” is a traditional dance tune from the Gulf coast state of Veracruz, Mexico. The style,  called Son Jarocho, is played by musicians with a Veracruz harp and different sizes of guitar-like instruments. Ethno-musicologists feel that this style of music was influenced by the African slaves who came to Mexico through the port of Veracruz.  Son Jarocho was for a long time the music of rural people.

If you listen to a Música Jarocha group play, “La Bamba”, you might wait in vain for your chance to join in on the chorus, “Bamba, bamba” after each verse. Some traditional musicians completely omit the chorus.  It is sung after each verse by Valens, Los Lobos and other “North American” i.e US groups who have adapted the song to fit the familiar 3-minute commercial pattern,  with verses, each separated by the refrain. The rock version is slightly slower  and the rhythm has been changed.

To Dance the Bamba, you need a little grace (or an alternative, possible translation:  wit, humor), and up, up, up… (get up, get on your feet). Another line which appears in all versions is “Yo no soy marinero. Soy capitán.”

I’m not a sailor. I’m a captain. Or: “Yo no soy marinero. Por ti seré…” I’m not a sailor. For you, I will be. It’s difficult to interpret the song as a whole, because each verse is a self-contained idea. However, the fact that Veracruz is an important seaport certainly explains this part of the first verse.

After this initial verse, there are others which frequently occur, no matter who is singing. However, there may be as many as 300 possible variants. In this style of music, the singers are free to improvise on the spot. Often, the verses have romantic themes, for example, “Once when I told you that you are beautiful, your face changed to the color of a rose.”, i.e. you blushed. But there may also be humorous verses in the middle of the song, such as one popular with American middle-school and high school students I have taught: “Every time that I bathe, the drain gets plugged. For that reason, I bathe only once a year!”

“La Bamba” is also a dance. If you attend a performance by el Ballet Folklórico in the Palace of Fine Arts in Mexico city or by one of their traveling troupes, you’ll see musicians and a couple of dancers dressed in white. The dancers do a step called zapatido which looks like a cross between tap dance and flamenco. At a breakneck pace in time to the rhythm of the song, they eventually tie a knot or bow in a red ribbon with their feet.

Part of the sound of this style of music often comes from the footwork of dancers who perform on a wooden platform, used to amplify the sound of their steps.

“La Bamba” is the best-known song of Son Jarocho. Son Jarocho is just one of many styles of Mexican music, even when considering only traditional music. Several years ago, I attended a very memorable concert in Troy, NY, “Masters of Mexican Music”. It was a magnificent showcase of some of the best artists of four different and largely regional styles of Mexican music. Not only did concert goers hear Son Jarocho from Veracruz, but also a marimba group from Guatemala’s neighbor, Chiapas, a ten or twelve-piece mariachi ensemble and a conjunto (group) tejano,  playing polkas and other music from Texas and Northern Mexico on accordion, guitar and bass.

You will not generally hear Son Jarocho, marimbas, or other traditional music on the radio in Mexico or parts of the United States which have Mexican radio stations. The best places to hear this music is in town squares, parks and restaurants. The exception is mariachi music , which many consider Mexico’s “national” music. Mariachi bands accompany stars performing “Música Ranchera”, which in many ways is comparable to “classic” American country music in its themes.

In addition to Rancheras, most Mexican radio stations now play either pop music similar to U.S. “light rock” or Música Norteña, music from northern Mexico whose distinctive sound comes from inclusion of the accordion. Mexico also has a long tradition of corridos, songs which act like sung newspapers.  Corridos have been composed about the death of JFK, 9/11, and recently the exploits of drug traffickers, in a genre now called narco-corridos.

If your musical tastes do not include any of these styles, there is also rock in Spanish and alternative rock, the subjects of an NPR website, alt latino. if when you travel to other countries, discovering their music is part of the joy of the experience, you will never exhaust the richness of musical sounds from Mexico.

Below, you may use the links to a sampling of sounds from Mexico on Youtube: