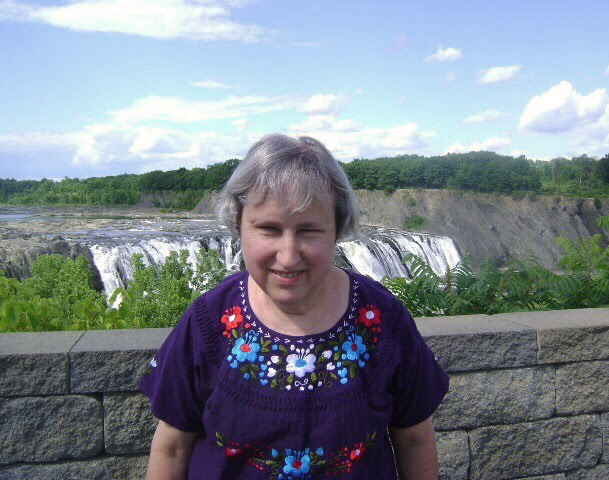 When I began studying French at the age of 12 or 13, during the first school year, it seem to be about learning verb conjugations and memorizing new vocabulary. Once I began attending Concordia Language Villages 2-week summer sessions, my world really began to expand. I began learning songs in French, trying new foods, talking to people from France and other French-speaking countries. I’ve had the pleasure of making friends from Mexico, Quebec, people who came to the United States from Algeria, Egypt, Colombia whom I met because of sharing an interest in other languages. I have enjoyed being the guitarist as part of small singing groups who learned and performed songs in Spanish and later on, traditional songs from Quebec and France. Today, I own as much music from Quebec as music in English. Knowing about other countries encourages interest in their current events and looking at how other societies deal with contemporary issues through reading news websites or fiction. I love multicultural festivals and seek out chances to experience the richness which other cultures bring to our own country. As an adult, even 2 of my 3 cats have had names from other cultures, Yolanda and Minou (“kitty” in French)!

I had positive experiences in Mexico and Quebec after I had already finished my undergraduate work. They deepened my  love of other languages and cultures. I decided I wanted to become a language teacher based primarily on the Concordia Language Villages experiences, while I was still in high school, where half of the counselors were from other countries. It was almost as good as studying abroad. I loved learning about the music and food. It was exciting to have conversations with new friends in the language I was studying. Sometimes we talked about current events, their recommendations of places to visit, or just told each other about our families. Being able to talk to native-speakers on a variety of subjects really helped my vocabulary grow. It was fun to learn new idiomatic expressions or proverbs which didn’t necessarily translate into English.

In 2013 I began Carrie’s Language Services. Previously, I taught college language courses for approximately 30 years. I now give private language classes/tutoring in French and Spanish at any language level. I enjoy seeing beginners in the language they’re learning progress from only being able to say their name or how they are, to being able to speak and write about their family, their classes, their home town or city, their hobbies and pastimes, their daily routine, and even their future goals.

I help people with listening-comprehension, speaking, reading, writing, literature, and knowledge of their culture. The exciting and rewarding thing for me as a teacher is to receive e-mails from students who put their new language skills to work. It’s a big accomplishment for someone the first time they take the risk of ordering a meal entirely in French in Montreal or Paris. What a thrill to hear about a student’s real, albeit brief conversation in Spanish while on a volunteer service trip in the Dominican Republic. It’s an unforgettable experience the first time you break language barriers!

Do you, or someone you know, need to brush up on some travel-related vocabulary or meet for conversation in the language you have already studied? I can create a short course to fit your needs or offer ongoing longterm individual classes. I have tutored both home school and traditional high school students, college students, and adults in all language levels. In addition, I offer written document translations to clients, via e-mail.

I feel fortunate to be able to offer individualized services. Please contact me, I look forward to working with you!

➢  I offer tutoring, coaching, and translation in person or via Skype, phone, etc.